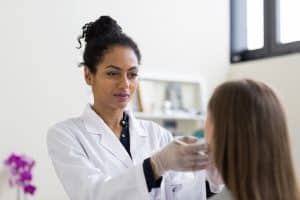 If you’ve been looking for a way to shave a few years off your face, we might have found the thing for you; Korean jaw surgery. And no, it’s not some kind of illegal and unethical surgery, but rather a real thing that a growing number of people in South Korea are undergoing to get their jawline into shape.

Jaw surgery is nothing new, but the way it’s been done in Korea has been different from the way it’s been done elsewhere. Korean doctors are using the jaw as a way to erase the years from your face. In recent years, the number of patients seeking this surgery has increased every year. “One recent study estimated the annual figure at 5,000…”

In this article, we are going to discuss Korean jaw surgery also known as “v-line” surgery. 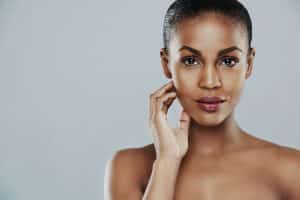 1. Korean Jaw Surgery: What is the V-Line Surgery?

The jawline is a region of skin that extends from the ear to the jawline. As a result, it’s one of the most visible areas of your face. Korean jaw surgery is a cosmetic procedure that involves altering the shape of your jaw in order to change its appearance and help with certain medical conditions.

The V-line is a new surgical procedure that has been gaining popularity in South Korea and is being used to create a more attractive jawline. The name of this now aesthetic jaw surgery comes from the “V” shape that is achieved by your jaw and chin after the jaw surgery.

It is also referred to as orthognathic surgery, which is a fancy way of saying it’s a surgical procedure to change the shape of your face. The goal is to decrease the size of the patient’s lower face in order to give them a younger appearance.

Dental surgeons used to use jaw surgery to operate on patients to treat the crossbite in the anterior part of the jaw. In the past, the only option to treat an anterior crossbite was to perform a mandibular setback operation. However, as the advancement of orthodontic treatment in recent years, this option is no longer suitable for many patients. This situation is also common in other countries including South Korea, so the double jaw surgery has become a new trend.

“V-line” surgery is most commonly used for medical reasons it has been adapted to be used as a method to narrow one’s jaw in order to fit the South Korean beauty standards.

Right now, Korea’s beauty standards include a slim jaw and face. Korean women have been beautifying their face with a slim jaw and eyes since the Joseon era. This is a much more popular and affordable option than having a face lift. You don’t have to spend the sort of money that will make you sick if you have a nose job, cheek implants or a chin implant.

2. What does the “v-line” procedure involve?

The procedure is similar to rhinoplasty, and it’s one of the most popular surgeries in the world right now. The most common type of “V-line” surgery involves an operation where the surgeon uses an incision in the back of the patient’s mouth, called the soft palate. The soft palate is the part of the roof of the mouth that closes the passage to the throat. The surgeon then sews up the incision in the back of the mouth. In some cases, the patient may be asked to bite down on a bite plate to prevent the mouth from opening.

Another method of performing Korean jaw surgery involves using a drill to make a hole in the soft palate, which is then sewn up. A third method involves placing a wire in the hole made by the drill. The surgery is performed by the use of a device that is known as the “V-Line”. The device is basically a wire that is placed into the jaw. The device is then used to cut the jawline and the skin. This is the most common way to get the surgery and is the least invasive. It is also the most effective.

The jaw surgery can also be done to fix a cleft palate, a facial deformity where the upper jaw protrudes beyond the lower jaw. The price of a Korean jaw surgery usually varies between $5000 to $10000. The cost of the operation will typically depend on the extent of the problem, and the expertise of the surgeon. The surgery is performed under general anesthesia. Korean jaw surgery is usually done as an outpatient procedure, although sometimes it requires overnight stay.

The surgeon will usually complete the surgical procedure within two to five hours. After the surgery is finished, the patient will be instructed to use ice packs for the first 48 hours. The patient should typically see some improvement within 3-7 days.

The success rate of Korean jaw surgery is high. The results of the surgery are very good, and it is very safe. And it is recommended for people who want to improve their facial appearance and improve their self-esteem.

3. What are the risks of Korean jaw surgery?

On the whole, it is a very popular surgery, and people are doing it for a variety of reasons. The risks associated with this surgery are minimal and the chances of complications are very low. However, there are some risks that the patient should be aware of. The most common risks include bleeding and swelling. There is also a small chance of developing an infection, and some patients may have a hard time eating for a couple of days.

The risk of infection is why patients are given oral antibiotics. However, if the infection spreads to the nose, throat or other areas of the body, it will be treated with intravenous antibiotics. There is also the risk of bleeding. Bleeding can be reduced by the use of anticoagulants, but it is a very small risk. There is also the risk of infection. This is because the soft palate is not covered by bone, and there is a chance that bacteria can enter the soft palate. The surgery is not recommended for patients with bleeding disorders, or for patients who are taking anticoagulants.

The biggest con is that Korean jaw surgery may not work for some patients. It is possible that the patient may have to undergo other surgeries to correct the problems that the surgery may have caused. The surgeon’s experience and the size of the patient’s mouth can also affect the success of the surgery.

When you are considering having a jaw surgery, it is very important to ask yourself if you are happy with your current appearance. You should also be aware that this surgery is not the only option you have. If you feel that you are unhappy with your jaw, then this is a very good reason to consider this surgery. The jaw surgery can improve your facial features. The surgery makes the jaw look longer and more proportionate to the rest of the face.  It is a much more affordable and less invasive option than a face lift.

With the proper preparation and precautions taken, Korean jaw surgery can be done in the morning, evening or even during lunch break. It is one of the most affordable surgeries in the world, and it can be performed in a single session. It is also a relatively safe procedure. The most common healing time for the jaw surgery is around three to four weeks. You can expect to spend about one to two days in the hospital, depending on the type of surgery that is performed. The surgeon will also advise you on how to take care of yourself for the first few weeks after the surgery.

It is recommended that you have the surgery done at a reputable medical facility such as Seoul Cosmetic Surgery located in Seoul, South Korea. This will ensure that you are in good hands, and that the surgery will be performed properly. There are a few other things that you will need to be aware of. You should be sure to get all the necessary pre-operative tests, including blood tests, X-rays and a dental examination. You should also make sure that you have a full medical history, including any medications that you are currently taking.

5. How do I get started with the process?

In order to properly plan your Korean jaw surgery, you will need to do extensive research on how the different options work. Before the jaw surgery can be done, you need to have an extensive consultation to figure out what would work best for your face. This involves the doctor’s taking a look at your teeth and gums, as well as the condition of your bone structure. You may also have to get some second opinions from various doctors. Korean jaw surgery can be performed with general anesthesia or under local anesthesia.

The latter is generally recommended for patients who are apprehensive about the use of general anesthesia or who may have a difficult airway. In some situations, it may be preferable to perform a mandibular osteotomy (osteotomy) before surgery, particularly if the patient has a compromised immune system, such as that associated with HIV/AIDS, or if there is a risk of infection from a previous dental procedure. 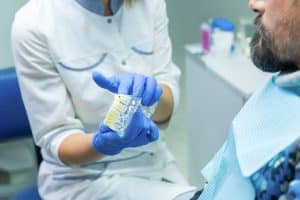 If Korean jaw surgery sounds like something that you would be interested in, you should book your consultation today with Seoul Cosmetic Surgery and discuss the pros and cons of the surgery with our talented team of doctors and surgeon. In addition to getting the most out of your consultation, you can use your appointment to learn more about Korean cosmetic surgery and what you can expect when you are ready to have it done.

Your information will be kept private and confidential. Seoul Cosmetic Surgery is a licensed medical tourism agency that puts its clients first in all aspects. In addition to the Korean jaw surgery, we offer other cosmetic surgeries, such as nose, chin, and lip enhancement, and eyelid surgery. The best team of board-certified doctors and surgeons who have had extensive training in cosmetic surgery are here to provide you with the highest level of care in the capital of South Korea, Seoul.